What is Khula in Islam? A Full Guide to Khula and Its Procedure

What is Khula in Islam? A Full Guide to Khula and Its Procedure 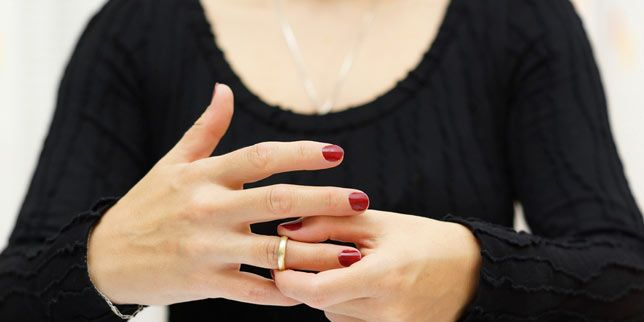 In Islam, khula is the right of a woman to divorce her husband, which means the separation from him. Children’s education and maintenance are the responsibility of the husband after a divorce. For sons, this is the age of Hizanat and for daughters the age of puberty.

In the case of minors who reach Hizanat, they will have a right to live with either their father or mother, but their opinion will not be considered conclusive and decisive by the court.

In Islam, women seek a Khula while men seek a Talaq. Couples can also reconcile during the Iddah period.

What is Talaq? How is it different from Khula?

In Islam, divorce is known as talaq. Islamic sharia defines a talaq as the end of a marriage. Talaq is a right that is granted by the husband and the wife can only exercise the right of Talaq if it is specifically stated in the Nikah nama (Marriage Contract). Husbands who grant Talaq must also grant Haq Meher to their wives, whereas wives who exercise their right of Talaq must relinquish their right to Haq Meher.

Shia and Sunni Muslims have different rules regarding the performance of Talaq. It is Sunni practice to end a marriage without witnesses, and it is permissible for a husband to do so by saying the triple talaq, but Shia scholars view it as ajahiliyya in terms of custom, forbidden by Muhammad, and reinstated by Umar ibn al-Khattab, and thus not permitted.. According to Sunni scholars, however, it is halal (“lawful”).

Husband’s Right of Divorce or Talaq and the Legal procedure

Divorce or talaq is a unilateral right possessed by the husband and he cannot be alienated from this right. However, he can be restricted through the marriage contract, also known as the nikah nama. A Muslim husband can pronounce talaq either orally or through a Deed of Divorce under Muslim Personal Law and section 7 of the Muslim Family Law Ordinance.

In order for a divorce certificate to be issued, the husband must send a written notice by registered mail to the Union Council or the relevant government department. Accordingly, the husband must include the address of his ex-wife in the notice, so that the government office can send her notices by registered mail, and will form an arbitration council for the purpose of reconciliation and settlement within 30 days of receiving the notice.

Women were intended to be protected from immediate and unrecorded divorces with this legislation. There were cases where a woman who had been remarried and had not been properly divorced could be punished for bigamy and sentenced up to 7 years (or up to 10 years if the previous marriage was concealed) and only on the complaint of her first husband since there was no proof of divorce. The law was enacted in order to ensure that a woman who remarries does not face a frivolous criminal case or punishment. For this reason, it is essential for a woman to be properly divorced and have documentary proof of her divorce.

Talaq notices may be served on a wife by her father, mother, adult brother or sister – but not by another relative with permission of the concerned government office. Even if the husband cannot serve notice through her immediate family due to her unknown location, he may serve notice through a newspaper approved by the concerned government office.

The union council should communicate with the family, but it has been reported that some families refuse to receive the notices, fearing that it is a notice of talaq and as a result, talaq will not be effective. A refusal to receive notice of talaq is merely an attempt to act like an ostrich, since service of notice can be done by publication in the newspapers.

The concerned government office issues a certificate of Talaq being effective to the husband and wife once the iddat period of 90 days from the date the talaq notice is received by the office. It is important to note that the talaq is not effective until the iddat period expires and that failure to abide by the law could result in imprisonment for up to one year and/or a fine up to Rs. 5000.

Legally, a verbal talaq is not recognized, and if a husband doesn’t send a written notice to the government office, he is considered to have not divorced. Furthermore, according to Islamic scholars, once a divorce has been formally pronounced by the husband or khula has been obtained from a court of law, the divorce is effective and binding.

As both of these forms of divorce do not require court intervention, the marriage can be dissolved promptly, cheaply, and with few procedural issues. The husband and wife may sign a divorce agreement and send a written divorce notice to the concerned government office under Section 8 of the Muslim Family Law Ordinance, but the government office must follow the procedure of issuance of divorce notices before issuing the dissolution of the marriage certificate.

Wife’s Right of Divorce or Talaq

Hence, if the husband does not delegate the right of divorce in his nikahnama, then the wife must apply for Khula. Khula, which literally means ‘to untie the knot,’ is the process where a court dissolves a marriage initiated by the wife. According to the West Pakistan Family Courts Ordinance, in order to apply for Khula, the woman would need to write a statement on oath in her suit asserting that she is not able to live with her husband “within the limits prescribed by Allah”, and such a statement would be sufficient to establish her claim for Khula.

If the wife is willing to give up her financial rights, she can receive judicial khula without the consent of the husband.

Grounds for Khula or Judicial Divorce

Grounds on which a woman may seek khula include:

Steps to consider before Divorce in Islam

Islam and Quran emphasize the importance of living in peace and harmony between partners, but it is a natural process that some disagreements can arise between partners during the course of marriage, especially in the early years. Islam always encourages the resolution of disagreements by acting kindly and fairly, however, if those disagreements cannot be resolved, then the following procedure is prescribed in Islam before terminating a marriage.

It must be decided to appoint a representative from the wife’s family to try to make a settlement peace and to settle their differences.

Revocation of Divorce by a Husband

We observe that most couples, especially husbands, exercise their right of divorce with careful consideration and then approach counselors and lawyers for revocation of divorce. The problem is that most lawyers or draftsmen prepare divorce deeds without providing the option for the husband to revoke the divorce by declaring a triple divorce. The husband can revoke a divorce up to three pronouncements without intervening in the marriage!

In order to ensure that the Divorce Deed will be treated as a single divorce, the form and manner of the Deed should always reflect this.

Get the best Family Law Service by Right Law Associates

We have been practicing family law for more than 30 years. As a team of expert lawyers in the area of family law and legal issues, we handle all types of family disputes, including divorce, Khula, Dissolution of Marriage (Tanseekh e Nikah), Child Support, and Dowry issues.

Q: What are the rules of khula?

In Islam, a woman can divorce her husband by using the Khula (divorce right). Children’s education and maintenance are the husband’s responsibility after divorce. The mother raises her children until the age of Hizanat, or post-pubescent age for daughters and seven years for sons.

Q: What is the difference between Talaq and khula?

For her release from the marriage tie, the wife gives or promises to give the husband a consideration. In contrast, Talaq grants the right of divorce to the sole husband, allowing him to end the marriage as soon as possible or eventually.

Q: When can a woman take khula?

A woman who is post-menopausal (no longer menstruating) has to wait one menstrual cycle to apply for a Khula (divorce). This is to ensure that she is not pregnant.

Q: Can a woman marry after Khula?

All scholars agree that any attempt by the man to reinstate the marriage is pointless since she has gained her independence. Regardless of whether he gives her her dowry back or whatever she pays him to free herself, he cannot restore the marriage. It is possible that they can get married again, with a new marriage contract. But she must agree to this. It is up to her whether she wants to get married again.

Q: On what grounds can a man divorce his wife?

It is up to the husband to file a divorce petition with or without the consent of the wife. There are the same grounds for filing as there are for a wife. They include cruelty, deserting, conversion, adultery, disease, mental disorder, renunciation, and assumed death.

Q: What is the Iddat period after khula?

Khula refers to the process of parties convening to separate by consent, usually with conditions such as the wife agreeing to repay her Mehr (dowry) to the husband upon him agreeing to grant Talaq to the wife.

In accordance with Hukum Syara’, Fasakh refers to the annulment of a marriage contract for any valid reason.

Q: Can a wife divorce in Islam?

Yes. A wife may obtain a judicial divorce when she has cause for doing so. Legal schools differ widely in their acceptance of grounds for divorce.

Q: Can talaq be reversed?

There is a revocable form of Talaq called Talaq-e-Raji. The pronouncement is revocable because the couple can reconcile after it has been announced, as long as they do so before the expiration of what is known as the Iddah or waiting/cooling-off period.

Q: Is one sided divorce possible?

Yes. Husband can divorce his wife without the consent of the wife and similarly the wife can seek judicial divorce (Khula) to end the marriage contract. If both the spouses want to separate then mutual divorce can occur.